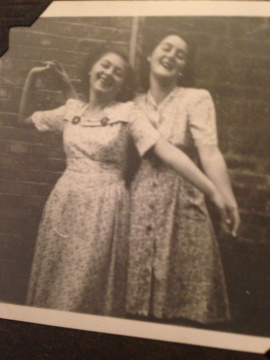 COUNSELLING ON THE PATHLESS PATH

In a previous article, perhaps rather foolishly, I offered to explain why clients ‘drift off’ from long-term counselling and are often left with their problems compounded (ie deeper) rather than resolved. There’s an easy answer to this. We might say that the agreement with their counsellor wasn’t clear enough to begin with. Agreements (or contracts) are, after all, two way arrangements and it’s no good delivering a plan if it’s not been consciously accepted. If the agreement has been accepted, we might equally say that some counsellors don’t know themselves well enough to have the confidence to challenge people who begin to drift away.

But what’s really going on here? Open-ended counselling is about trying to reach something that neither client nor counsellor fully understand until it emerges. In its not-understood form, in its raw and ‘disturbed‘ state, it manifests as the client feeling dissatisfied in some way with the counsellor. The client interprets this feeling as the counsellor's failing: They haven’t ‘understood’, they’ve missed something ‘important’, they’ve failed to notice being stonewalled or smoke-screened.

Of course, in the conscious world of ‘issues’ and ‘problem solving’ the client should not be stonewalling. They should be talking about their difficulty. But in the unconscious world, all sorts of difficulties, from way back, are being churned up. And the longer the counselling goes on, the more churned up they become.

Highly qualified and experienced counsellors should be able to see this coming. The client’s dissatisfaction might come in the form of a sigh, or not turning up for a session or even a verbal attack. Unconsciously, whatever the ‘attachment difficulty’ is that they have (in the form of an expectation that they are not ‘worth it’), it will be repeated, in situ.

The work of the competent counsellor is to see this and hopefully give the client the attention that was not given the first time round. Recognised as a repeat of earlier internalised experience, instead of rejecting a client or defending against what they are saying or doing, a competent therapist should be able to identify whatever feelings are going on for the client, explore them, empathically reflect them back and so overcome the client’s doubts in the process. They might even apologise for their own, lesser failing. Thus the counsellor should be able to relieve the client, deepen their faith and start the process of healing past trauma (usually to do with abandonment, neglect or rejection).

I say ‘start the process’ because this is where effective, deep work begins, though it might be several months into the therapy. If the agreement is rigorous, despite not wanting to return to face the perceived conflict with the counsellor, the client is obliged to and this is essential when the work becomes ‘difficult’.

Where long-term or open-ended work is being delivered by a counsellor who has no experience of this process, an attack will be defended against, trust in the process will lessen and if the client has come to therapy following a lifetime of depression or difficulty, they will leave with their lifelong sense of anger, betrayal, distrust and hopelessness driven deeper. This will be because in failing to meet the challenge, the counsellor will have repeated the original experience of rejection or neglect. The client will also probably be several thousand pounds worse off.

There is an exception to this, but I wouldn’t call it counselling. I'd call it ‘support work’ or even ‘support work using counselling skills‘. I would argue that what differs between this and counselling is the agreement (contract) and how rigorous it is. (In therapy-speak these are known as ‘the boundaries’).

Early on in my career I discovered that some students trained to level 4 were appalled by my own ‘contract’. It’s very rigorous. Missed sessions have to be planned for and paid for if less than a month’s notice is given (though I’ll rearrange if that doesn’t put me out). Sessions are at the same time every week. Most importantly, in open-ended counselling, finishing the work has to be planned for. Depending on how long someone has been working with me, they have to agree, right from the start, that when they want to stop, they must attend for several more weeks. This way we both know the end is coming.

These inexperienced students felt this was ‘power-mongering’, even cruel and fundamentally ‘wrong’. After all, the client knows best, don’t they? Well actually, these clients have come long-term to find out what they don’t know. And some of the most difficult feelings arise (from the unconscious) when we’re both aware that the end is coming. Grief, loss, abandonment. As do more difficult feelings: trappedness, feelings of being abused. The poor client will never work through these feelings unless they are held to the commitment they made. Of course, it’s absolutely essential that my conditions of engagement are clear right from the start. Handed out. Talked through. On my website. Otherwise it really would be abuse, wouldn’t it? But in the confines of the agreed boundaries, we can create enough safety for these feelings to be examined, contained, honoured, empathised with and put in their rightful place.

I can only hope that these students went on to understand this and toughened up a bit, hopefully through open-ended therapy of their own. But if they didn’t and they’re providing open-ended counselling with very flexible boundaries and no clear policy around ending, what you have is drop-in support, using counselling skills. No problem. Entirely allowable but let’s call it what is is and not charge more than £30 an hour for it.

In my last article, I mentioned that the BACP had begun to review the variety of skills and types of training their members had (The ScopEd. Inquiry). This is, of course, highly controversial. Imagine that you’re newly qualified, on the register, you’ve spent thousands on training only to find yourself relegated to being allowed to only deliver short or fixed term counselling. If you haven’t had your own open-ended therapy you're unlikely to recognise your righteous anger as a defence against the deep-seated rekindled inadequacies that facilitated you ‘training to be a counsellor’ in the first place. And this, of course, is precisely why you shouldn’t be providing open-ended counselling.

Attachment difficulties become apparent over time. Short or fixed-term counselling activates them less and anyway, the agreement is clear. More to the point, if clients leave feeling betrayed, neglected or abandoned, there’s always someone (who is qualified to provide open-ended counselling) you can call. Let’s hope the BACP can themselves rise to meet this challenge and instead of simply ‘mapping competencies’, dare to define who should and who should not deliver long-term and open-ended counselling.